At this week’s Three Word Wednesday the given words are metallic, optimal and polished. 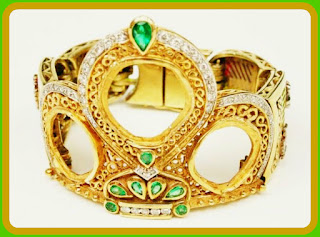 ‘It’s a fine piece' said the expert as he gently polished the platinum, gold and jewel encrusted bracelet that he held in his hand. ‘How does eight thousand six hundred pounds sound?’ Bert broke out in a contented smile as they shook on the deal.

It started out as the perfect partnership; a marriage made in heaven. But before long Martha had changed. She became distrustful of Bert, falsely claiming that he was lying, cheating, and deceiving her. Bert was getting towards breaking point. He had to do something.

It all came to a head when Martha accused Bert of stealing her precious bracelet; an heirloom handed down from generation to generation and rarely seen outside their house.

That was when Bert walked away from the marital home.

Five years passed. Martha was a creature of habit and had visited her sister every Monday evening. She still did. It was mid-winter, pitch black and still outside, the optimal conditions that Bert had been waiting for. He waited close by the house, then watched as Martha drove away.

Dressed in his darkest clothes, he removed a small trowel from the rear of his car and made his way to the gate. Once in the garden he started carefully digging a hole at the base of Martha's prized willow tree. The trowel touched a metallic object.

The perfectly preserved bracelet was exactly where he’d buried all those years ago. 'Served her right' he muttered to himself.