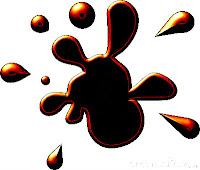 The most ambitious thing she’d ever made was a hot dog! After all, what's the point of making food when surrounded by takeaways? I quite pitied her. After all, homemade food is so much nicer. So I gave her a cookery book, a saucepan and a spoon to get her started.

Yesterday she decided to drive the local supermarket and buy some stuff for her hitherto barren cupboards. Packs of this, tins of that and quite a bit of the other!