'One hundred and sixty steps' he yells That's all.

I hesitate. Look over my shoulder.

'What are you waiting for?' he screams. 'Your life is finished there'.

And I so I leave.

One hundred and fifty-nine, fifty-eight, fifty-seven…

'A better life awaits you here' he promises. 'You can start anew'.

One hundred and twenty-one, twenty, nineteen …

'Come back' cries a voice from the past.

'Why have you stopped?' cries the voice in the future.

I set off again.

Will the grass be greener, am I being stupid, was it so bad, am I being greedy, will I regret it, shall I, shall I?

'One step more' he gleefully says.

I hesitate. Look this way and that.

What shall I do

One hundred and fifty-three steps to go. 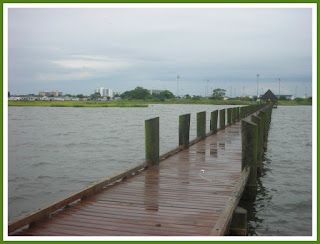