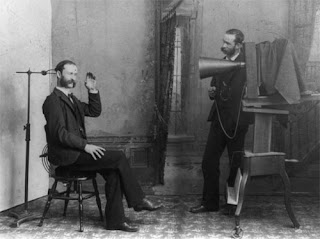 That fellow would have us believe a machine will one day take the place of the artist’s palette and brushes.

I gave him a chance. I was led into a darkened room where he made me sit perfectly still on a chair. He stood himself behind a tree legged mechanical contraption, flung a black sheet over his head and bent down. Then my dear, another chap stood behind him holding a peculiar device on a stick. Would you believe it, the wretched thing flashed brightly and billowed smoke into the air.  I was near blinded and almost choked to death. He wants me to return tomorrow to view the result of his endeavour.

No my dear, he is wrong, so wrong.  Next, they will suggest that machines will one day replace pen and ink. 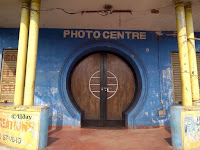