What a performance Rosey! 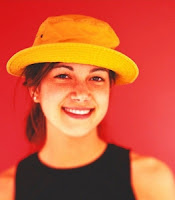 I was sitting in the sunshine with Rosey on her balcony late yesterday afternoon. In front of us the beach was busy with bodies in various states of undress taking advantage of a sudden early taste of summer. We were going to the theatre in the evening to support a thespian friend of ours who was acting out a minor role in a travelling play which was currently entertaining the good folk of Eastbourne. Rosey was well into her second glass of ice cold chardonnay whilst I was slowly making my way through a gin and tonic which was actually a gin and soda as Rosey had got her little tins of mixers confused. I looked over my shoulder at the clock in her lounge to see how soon we would be able to go to the theatre bar where I could treat myself to proper G and T. I was horrified to see that it read seven twenty five – the performance was due to kick off at seven thirty!

However my panic was short-lived. In the early hours of tomorrow morning our clocks spring forward one hour to British Summer Time, and as Rosey usually forgets to adjust hers, she decided to do it a day early to make sure she doesn’t get herself into more of her biannual situations of embarrassment.

As I said we were off to watch a play in which our friend Gary – sorry, Gascoigne was taking part. Gascoigne is of course his professional name; he thought Gary didn’t sound very actor-ish even though, as we’d pointed out, it did nothing to hold back the careers of Mssrs. Cooper and Oldman! Since a child Gary had  wanted to act. In his first role, age seven, in the school nativity play, his performance brought the house down, literally, when he leaned on the fragile stable wall and it toppled forwards onto the front row of the audience. Fortunately no one was injured but those who attended that fateful day will never forget the sight of the headmaster's head sticking up through one of the now horizontal windows!

Gary always said that the best way to advance his career would be to appear as often as possible on television and in the papers, and to that end he made a point of listening out for items of news that might attract the attention of the local media, and ensure that he was lurking in the background when cameras clicked and videos rolled. And to this day nothing has changed. The difference is that he now gets paid for it as an extra in a soap opera. Only last Monday and Thursday I spotted him leaning on the bar of The Rovers Return in the UK’S favourite ‘continuing drama’ Coronation Street.

Anyway, last night at the Devonshire Park Theatre he had a speaking part rather than a miming one (that’s apparently what they do in the background scenes on soaps) and as the curtains swept back, there he was under a spotlight in the centre of an otherwise empty stage poised to deliver a scene-setting soliloquy. Rosey in her excitement decided to give him a little encouragement by calling out “Cock a leg Gary” much to the mirth of those around us. Gascoigne however did not appear amused.  Rosey shrugged and gave me a questioning look as if to say ‘what have I done wrong?’ I whispered to her that she should have kept quiet, and in any case the phrase started with ‘break’ not ‘cock’ which sent her off into a fit of stifled giggles.

I have to say the play was a little boring. I couldn’t stop yawning and Rosey actually nodded off at one point, but at the end we joined the audience in warm applause and Rosey gave Gascoigne a tottering rather than standing ovation. Well done Gary!