The Chief Inspector cleared his throat as he tapped his glass with a pen. “Here’s to a happy and well-earned retirement Bill” he shouted.

“Inspector Wise” his colleagues yelled banging together their tankards, showering themselves with beer.

William Wise built a career admired by those who worked with and above him. Hardly a case he took on was left unsolved; except of course the last one, his biggest yet which was to remain a mystery.

Later that night, he booked into a bed and breakfast in Dover. He sat with his new passport in one hand, a large malt whisky in the other and a satisfied smile on his face. “Welcome to the world Sam Smart” he muttered. Tomorrow he would head for the docks, the ferry and a new life. 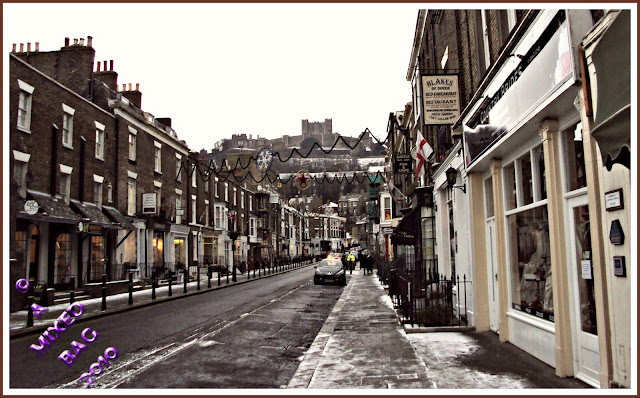 The picture at this week's Sunday Photo Fiction features Castle Street in Dover.