Just twenty minutes until my job interview. I mustn’t be late. I checked the address on the letter then set off. Five minutes later I was lost.

I asked a passing priest for help. ‘Walk until you reach St Peter’s church, turn left and it’s on your right’ he said. I crossed myself and trotted off. Five minutes later I was lost.

I spotted a chap on a bench swigging a can of beer and asked him for directions. ‘Walk to the Flying Fish, turn right and it’s there’ he slurred. Five minutes later... you guessed!

I stopped a little old lady. ’See the retirement home?’ she squeaked, ‘turn left there, left, and left again’ Five minutes later I was back where I started.

Surprisingly I made it and got the job! On the way back I donated to an old folks charity, said a prayer of thanks in the church and popped into the pub for a celebratory drink. Twenty minutes later I stepped outside tripped and fell flat on my face.
‘Can you direct me to the emergency department?’ I asked a passing stranger. 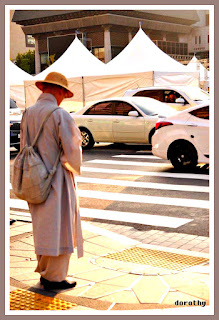 *I originally used the term A&E in the last sentence, but have now changed it to the emergency department as it seemed to confuse my readers from outside the UK!


This week's photo is supplied by Dorothy.