At the manor, a log fire crackled before a food-laden breakfast table. Maids fetched and carried, servants moved discreetly. Outside, a chauffeur readied a gleaming limousine for his master's trip to the factory.

His workers tugged their forelocks as he walked twixt clanking machines, a handkerchief pressed to his face.

At the decrepit tied cottage, a chill wind whistled through broken windows. Five scruffy urchins played on the filthy floor. Their mother, large with child, struggled to feed them. Hopefully, her husband would earn a shilling today to buy food tomorrow.

Recently a child died and was buried in a pauper’s grave. They couldn't pay a doctor.

Soon their eldest would be six and sweeping chimneys at the manor. 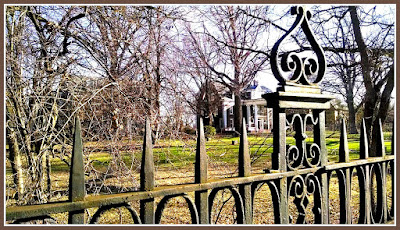 Thanks to Rochelle for hosting Friday Fictioneers and to J Hardy Carroll for the picture.