For some, life is but a carnival. Take Mike for example. Where others saw black he saw white. For him, beneath grey lived colour. Every cloud bore a gaudily decorated lining and hope outshone despair. At least, that is how it seemed.

But I know different.

Let me take you back to his high school days. There, he appeared the model pupil. Clever, academic; the teacher’s pet. But unseen by those in authority, he was bullied; tormented by the other kids. He endured a life of fear, afraid even to tell of his tribulation. He could never have been a team player even if he’d  wished it. Yet no one that ought saw the fear, nor witnessed him being sick behind the bicycle sheds.

At university, mercifully things were  different. Although some shared an unspoken empathy, most just saw Mike reborn. Mike the clown, Mike the joker; the first to the post in any situation. And so it was as he set out on his journey to success. At least, that's how it seemed.

But as I said, I know different.

I once watched him gaze into a mirror. He didn’t see the face of a clown. No, he saw daubs, smudges and streaks of hopelessness. His bright eyes, dull; windows to a cell of discontent. He didn't see Mike. He saw the person he was before he changed his name and started afresh. The persecuted schoolboy. The anguished soul he once was. Is.

Only I know. For only I could know. 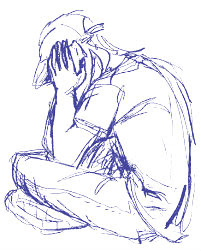 At Sunday's Whirligig, the given words are  - living, under, decorated, daubs, smudges, streaks, clown, carnival, gaze, wonder, back and eyes.

Over at The Sunday Whirl we have - chop, hope, colour, shift, out, fear, sick, post, white, team, bully and model.

Of the twenty-four words, I have used all but two. Sorry! 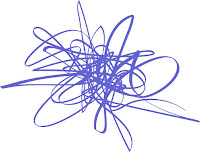