May I present to you my short story which is based around the given words at Three Word Wednesday which are Giddy, Lewd and Needless.

Martha Malone the manageress of Happy Days Retirement Home walked to the front of lounge.

“Ladies and Gentlemen, once again...”

“Ladies and Gentlemen” she yelled. One by one they stopped nattering. With a cheeky grin on her face said "Once again most of you have made it to another Fun Friday”. She then adopted a serious expression, placed her hands together, looked up to the ceiling and said “However our thoughts must go the family of of Frederick Fox who was taken to a better place last Wednesday".

“Has he gone to that new posh home up the road then?” said Harry. Laughter erupted.

“Ladies and Gentlemen please” called out a somewhat flustered Martha. “As I was saying, Fred will be greatly missed for his words of wisdom and his....”

Martha gave up and changed the subject.

Today we are to be entertained by Sam Smithers’ son Stuart who is making a name for himself locally as a..... what’s the term?....yes, a stand up comedian.

A jolly looking young man jumped to his feet, shook his father by the hand then walked to the front and stood alongside a beaming Martha who gazed at him in eager anticipation. 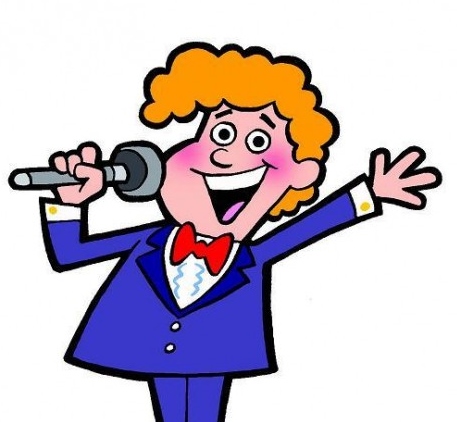 “Hi Guys” he called out.

No response. He cleared his throat.

“Any of you suffer from vertigo? I do. Two pairs of socks and I get giddy!”

“I can't even watch highlights on telly!”

A low groan broke the silence.

A change of tack was required if he was to save the day.

Stuart Smithers took off again. “Why do they give Viagra to old men in retirement homes? “So I don't roll out of bed!” called out Johnny J.

“Ok, so did you hear about the brazen hussy that got her kicks from...”

Well, even I blush at the memory of what came from his mouth and I’m certainly not going to relate it here. But the crowd went wild! They loved it! As for poor Martha she stood fanning her face with one hand and gripping her forehead with other before slumping down in a chair. A hush came over the room as everybody stared in her direction. She began to speak very quietly, very slowly.

“Mr Smithers, such needless vulgarity will not be tolerated in this establishment. I must ask you to leave”

Smiles began to reappear on the faces of the audience.

As he was leaving Stuart Smithers turned and clapped his hands to get their attention.

“I’m doing a set at the Dog and Duck’s open mike night tonight. Who coming?”


Shouts of ‘yes’ and loud cheers filled the room.

Martha Malone slowly rose to her feet and made her way to her office where she sat, smelling salts in hand, considering the future of Fun Friday.