The week started with park still in the grip of the coldest spell for years. Daily the wardens attacked the frozen edges of the lake with spades to make it impossible for would-be Olympic skaters of the future from reaching  its frozen surface. 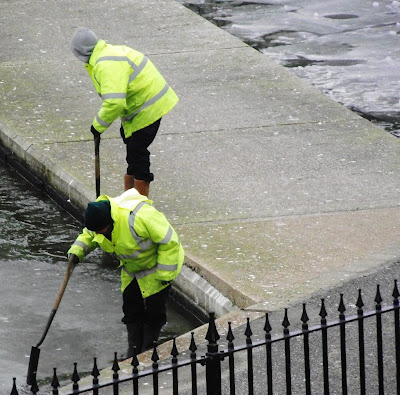 But within a couple of days everything changed. The thermometer climbed its way up to double digits, and in the space of one night the grass was back and the water resumed rippling! It was school half term this week and the park was taken over by dear little children darting hither and thither in their gaudy anoraks scaring the old folk tottering around on their daily constitutionals. Here and there groups of teenagers trudged about, their hooded heads bowed in boredom 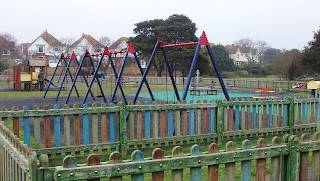 In the centre of the park is a very tired looking kids playground. The good news is that the council is about to embark on a major project which will culminate in the provision of a state of the art play area. In the meantime the little critters seem to get more fun larking about on the Addidas adult exercise area on the main lawn. 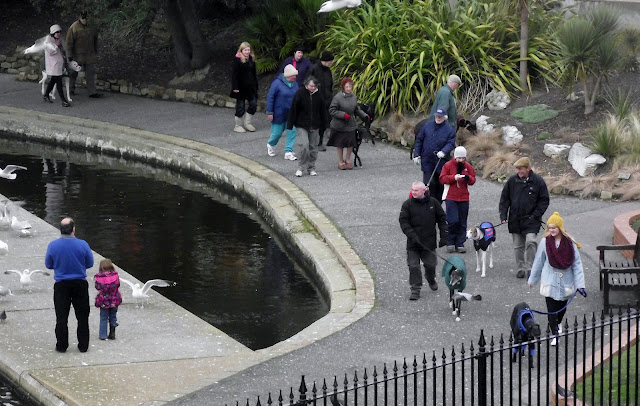 I saw an amazing sight from my window this morning. As far as my bleary eyes could see there were doggy people walking what I believe to the greyhound of the species (I’m sure I saw the one on which I lost a small fortune at Brighton dog races last year!)With no exaggeration there must have been 50 or 60 of the leggy canines all sporting brightly coloured jacketty things on their backs. They were wandering past for about twenty minutes, stopping only to cock an occasional leg now and then. Where they came from and where they went to I have no idea!

They’ve gone now and the weather has changed again. Now it raining; not proper rain, just a miserable drizzle. But still the hardy folk of Bexhill on Sea continue to walk around feeding the ducks and avoiding children on scooters and roller blades! I think I’ll just watch from my window! 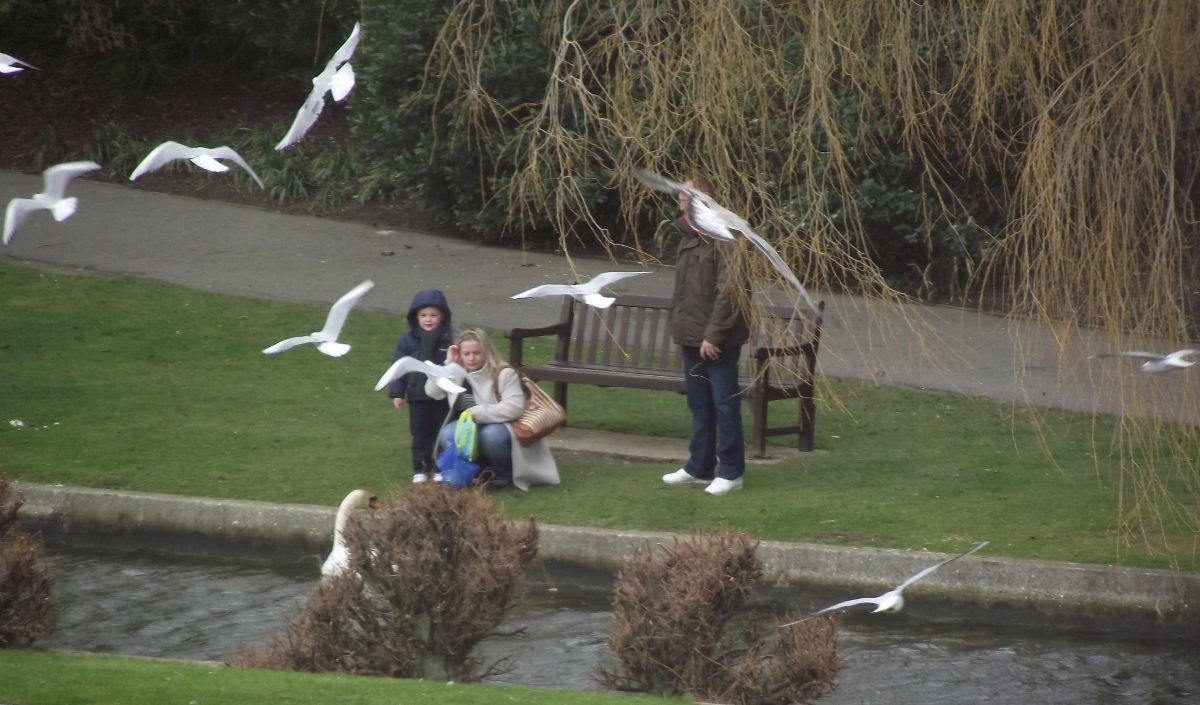