To hear me read The Ring click on arrow


A golden flame danced atop a tapered waxen candle. An emerald bottle sat between two goblets of crimson wine and their hands rested on the table, his fingers brushing hers.

He stared into her eyes, a long lingering look. A coy expression spread across her face as she looked down into her wine unable to stop a rosy blush colouring her cheeks. 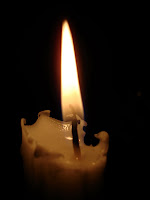 He slowly rose to his feet. She looked up at him with an unspoken question on her lips. He half smiled and placed two fingers on his lips, then blew her a kiss as he turned and walked away.
She was bemused, confused. She turned her head toward a waiter who just shrugged his shoulders and held out his hands, flat. But there was something about his wry smile that told her that he knew something she certainly didn’t.
She turned back and her heart leapt with joy as she found he’d silently returned. In his hands he held a bouquet of scarlet roses dotted with gypsophila and bound with flowing pink ribbons. She looked back at the waiter who beamed back at her.
When she glanced back he was on one knee before her, and he placed the flowers on her lap. The waiter appeared by his side and with a polite cough caught his attention. He handed him a silver platter on which sat a small square box, a box just large enough to contain a ring.
He opened the box then took out the most beautiful ring she had ever seen. Shards of light shot in every direction from the single diamond at its centre and became more vivid seen through the tears which filled her eyes.
She moved her hand close to his. His heart missed a beat. He moved the ring close to her finger, but she slowly closed her hand and gently pushed him away.
They looked straight into each other’s eyes neither of them fully understanding what was happening. Then she stood, shook her head then fled from the room dropping the flowers onto the floor at his feet.
A week later his phone rang in the middle of the night. He cancelled the call without answering it. The phone rang again and he pulled a pillow over his head to block out the sound. But it rang and it rang and it rang. He grabbed it, pressed it to his ear and before he could speak he heard a tiny voice whisper hello.....