Blake is a successful private detective. His wife Jane and his kids are used to him rarely being home. Today he is employed by a woman who suspects her husband is having an affair.

Eighteen fifty-eight. Blake is in Starbucks. He watches his mark drink a latte then stand, and leave. Blake scribbles some notes in his book. 'Nineteen o-seven, Market Street walking east'. He dons his sunglasses and trilby hat, turns up his collar and follows at a discreet distance.

His mark enters a store then exits with a bouquet of flowers. 'Nineteen twelve, 7/11 Store. Flowers' Blake notes. A nineteen twenty-two the mark turns into Juniper Avenue. 'Interesting' thinks Blake. 'I live in Juniper Avenue'  The mark walks to number thirty-two and knocks.

Jane opens the door, takes the flowers and kisses the mark. Blake's children excitedly tug on his jacket.

'Nineteen thirty-two. 32 Juniper Avenue. I had no idea', he writes in his book. There was no way he could have. After all, he’s rarely home. 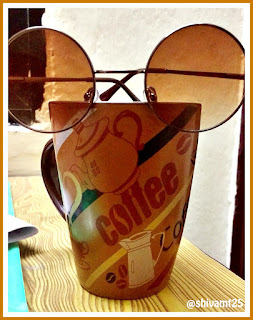 The photo prompt this week is provided by shivamt25