(Please scroll down for WORDLESS WEDNESDAY)

The show must go on! 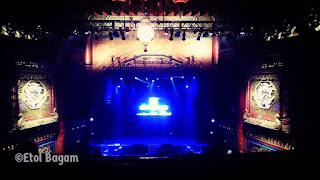 Flash Fiction for Aspiring Writers
This week's photo prompt is provided by Etol Eagam.
I spent several hours honing this piece and got so carried away that I forgot about the 100-word rule. Having been ticked off, I promised to behave myself in future.

The show was to start in ten minutes time. There was a contented buzz filling the auditorium and the crackling sound of bags of sweets being opened. Not long to go. You could feel the excitement!
Suddenly the lights went down, ten minutes early!
The orchestra which had been playing a little light music suddenly stopped and frantically set about finding the music for the overture. There was a rustling of sheet music as the conductor raised his baton, then most of the musicians started playing.
Thirty seconds into the overture, the curtains swept aside, a hush came over the audience. One by one the confused musicians stopped playing and the spotlights flickered into life.
The stage was bare. At least it was until a little man sauntered on from stage left. 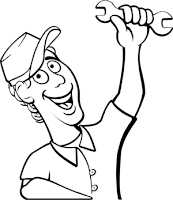 There, blinking in the middle of the empty set stood Ron the stage manager in his paint-splattered dungarees with a hammer in one hand and a screwdriver in the other! The only sound from the auditorium was the thud of seats popping up as people stood to allow folk to shuffle their way to their seats.
Ron looked left, looked right, looked up, and then down. Being a true professional, he decided that as the curtains had opened, the show must go on. He shrugged, and the crowd started laughing. Ron laughed back and the crowd laughed even more! Then he produced a spanner from his tool belt and started his back-stage party trick – juggling with his tools! The crowd loved it!
Ron had always fancied the idea of being a stand-up comic. Perhaps this was fate. Perhaps this moment was meant to be. Dare he? Well, nothing else seemed to be happening so he started telling jokes!
‘Two cannibals are eating a clown. One says to the other, "Does this taste funny to you?” Laughter! ‘I went to buy some camouflage trousers the other day, but I couldn't find any’. More laughter!
It didn’t last long. The curtains flew closed leaving Ron half in and half out of his set. The audience roared for more, but that was the end of Ron’s first public performance. A couple of minutes later the show that the audience came to see got under way.
But it wasn’t Ron’s last performance! Nowadays he appears in open mike sessions in pubs and clubs all around the area. He still wears his dungarees, juggles tools and tells corny jokes! 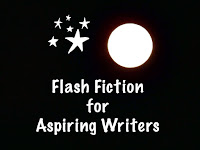