Previously in A Chequered Career…..As opening day loomed ever closer, we eagerly un-wrapped tables and chairs and lined up six tall stools affront the bar…… The Stage Door Bistro and Wine bar was ready for business!...... Mistake number one. I advertised a week before we opened, heavily…… I don’t think I’ve ever been as tired in my life as I was over those first few weeks, but I slept well in the knowledge that we had got it right! 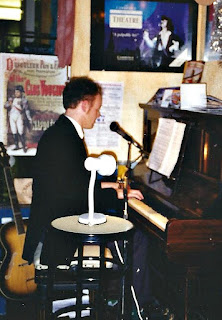 After a few months of trading, the Stage Door was well and truly on the gastro-map. It was time to look back at what we learned so far, and analyse our strengths and weaknesses in order to come up with a strategy to capitalise on our good bits! We had three completely different sets of customers. Firstly, there was the lunchtime trade; business people, groups of young mums and a fair few retired folks. Secondly, there were those who wanted a good affordable evening meal in a relaxed atmosphere with a tinkling piano in the background. Those areas we seemed to have sorted. The menu clearly appealed to everybody that dropped in, especially our mussels which were one of the main draws. The other group of eaters was the theatregoers, who wanted a quick meal and a bottle of wine before wandering over the road to one of the theatres to watch, listen or partake in whatever form of entertainment they had booked seats for. It was that sector which we saw as the area to expand. There were literally hundreds of restaurants in Eastbourne, but very few had access to this special market, and those that did, our immediate neighbours, didn’t seem to be taking advantage of their privileged situation.

So, we divided our evening into three parts. We started off with a fixed priced two or three course pre-theatre feast, and then at about eight o’clock when it quietened down we sat Dave at the piano and started serving our main menu. As the evening diners finished and made their way out from about ten thirty, instead of closing like our neighbours, we actually stood outside and tried to grab the folk who were leaving the theatres. In no time at all our idea was working and it soon became clear that we needed a late licence which allowed us to serve alcohol past midnight. 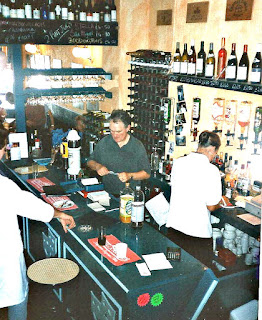 The pre-theatre meal, however, was a victim of its own success. At around six o'clock every evening we would go from empty to full within minutes and find ourselves turning people away. Added to that, the pressure on the kitchen was huge as we were suddenly faced with orders from fifteen tables all at once! There had to be a way to spread the load. And then I had an idea. Until then we had been charging a set price of £6.50 for a two-course pre-show meal. But the new scheme meant that if for instance, you ordered at 5.47pm you paid £5.47, or at 7.10pm the price would be £7.10. We'd call it 'Beat the Clock'. Suddenly we found that our customers were evenly distributed across the period and we had more bums on seats too!

One of my most enduring memories is of the evening when the Congress Theatre was showing a sing-along version of The Sound of Music. It had been touring the UK with huge success and audiences were encouraged to turn up in fancy costume. I'll never forget the sight of our Bistro completely filled with nuns drinking wine!

It was not long before the performers discovered us. After wiping away their make-up and changing out of costumes there were very few places open to offer any form of sustenance other than a few dodgy Indians and Chinese’s. To make the most of this previously untapped market we did a deal with the theatres whereby we had copies of our menus in every dressing room! And it worked. Having actors, singers and other entertainers in the bistro had the knock-on effect of getting even more late customers in, as they relished the idea of sitting in the same little room as the people they had been applauding minutes earlier in a vast auditorium, and of course even grabbing an autograph! 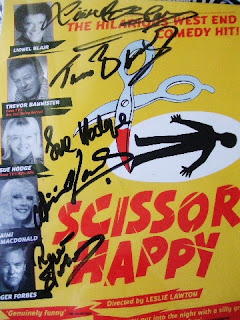 It worked a treat, and today whenever I sit down in front of the TV I can guarantee seeing several celebrities I’ve cooked for even they are in repeats and died several years ago! The list of names is endless and to ensure we didn’t forget them we got them to sign their names in felt tip pen on theatre posters which we used to adorn the walls. From James Bond to Jesus (Roger Moore to Robert Powell that is!), Lionel Blair to the casts of top comedy shows, they all came in.  Most were charming, some wanted all the attention they could get, and others liked to hide in the corner. A few, however, were objectionable; I had to bar Dennis Waterman and Patrick Mower after one particularly unpleasant evening. During that time my youngest daughter Penny used to help us out. Her claim to fame was one night when we were pretty full and she refused entry to someone she didn't recognise – Bill Wyman bass player of The Rolling Stones! We had a lot of very disappointed customers that night and she’s never lived that moment down!

We also started to make more use of our little stage. We were hardly going to rival the theatres but we felt we should at least have a go! We held opera nights which proved really popular. For our first birthday bash, we were entertained by a Gilbert and Sullivan ensemble who sang a complete show for us! We even had belly dancers now and again wobbling between the tables, and sometimes a magician. We had events such as black-tie Valentine dinners, Christmas lunches for local companies and even kids birthday parties. We found a singer to occasionally accompany Dave, and our most popular performer was a giant of a man called Big Al who thumped jazz and blues out of our piano! 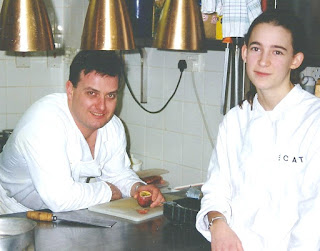 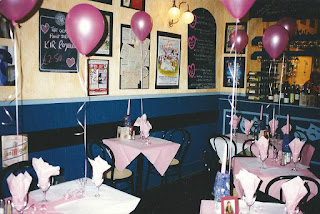 Business was now such that I decided it was more important for me to be ‘front of house’ rather than hidden away in the kitchen and so I took on a chef, Lee who was to run the kitchen with Helen.

Every June the International Ladies tennis tournament takes place at the Devonshire Park just behind the theatres; it’s a run-up to Wimbledon where players can get used to whacking the balls on grass. Thanks to that we can add to our list of personalities such names as a very young Venus Williams, and a slightly more mature Martina Navratilova plus a host of other world-class players.

Speaking of Martina, one year she had just launched her autobiography and the newsagent across the road had a life-size cardboard cut out of her in the street advertising her book. Within seconds of it being put out, it was descended upon by stampede of somewhat 'butch' ladies who proceeded to tear it limb from limb each taking with them a piece of their disembodied heroin! 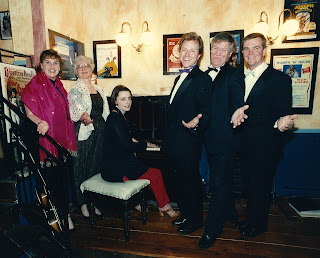 But ask any of my staff, and they will tell you who the greatest star was. He wasn't a celebrity in the true sense of the word, but his almost daily presence at the Stage Door made more of an impression on us than all of the stars added together. He was Professor Britten, a man of some seventy years who looked much older due to failing health. When his taxi arrived, there was always a rush to be the one to help him across the pavement to our door. There he would stand for a moment, wearing a double-breasted Saville Row suit, a floppy bow tie and black and white patent leather shoes. On his head a wide-brimmed black Amish hat; in his hand, an ivory topped cane. 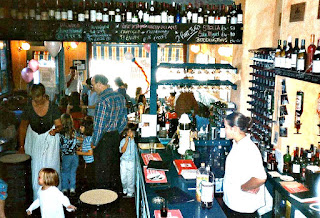 Every day he would climb onto a bar stool where he would sit and flirt with my girls! He never sat at a table. 'My dear friend' he would say as I approached. He always called me that.

Sometimes we would take him home. He lived in a small annexe in his son's house where he spent his days surrounded by teetering towers of textbooks and piles of academic papers. His writings helped to teach the children who attended his beloved Montessori schools.

He was a Buddhist. He came to it late in life. But he died too soon - he still had so much to give. The last thing he said to me was 'Goodbye my dear friend'. He was buried in a cardboard coffin under a tree in a copse. 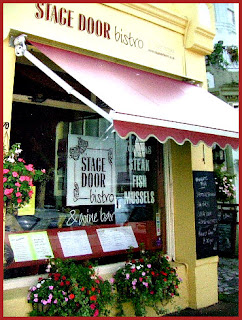