Previously in A Chequered Career -  There was a series of loud cracking sounds, the floor opened up and the car plus driver disappeared rear--first down into the cellar below……… Charlie would occasionally roar onto the garage forecourt in his prized 1926 Bentley Speed 6, fill up with petrol, then with a shout of “what-ho”, lower his goggles and roar off again leaving a trail of smoke and rubber behind him….. his star employee (apart from me of course!) was world motor cycling champion Barry Sheen who later went on to become the World Formula 1 champion too!

Chapter 8 - Days of cars and rosé

I was fascinated by Citroen cars. The DS23 for instance was like no other car I’d driven before – or since. I was intrigued by Citroen’s history; the lists of ‘firsts’ associated with them, and their sheer individuality. In no time at all I was considered a  seasoned authority on this most individual of car producers. Such was my passion, that one day Tom called a meeting which we held at the fire station (don’t ask me why!) and he went on to tell the assembled staff, and eves-dropping firemen, that he was convinced that instead of blood I had 'LHM', Citroen’s legendary suspension fluid  flowing through my veins. He felt it therefore appropriate that I become sales manager for our Citroen department. Little did I know at the time, but Citroen cars were to play a very large part in my life in the years ahead. 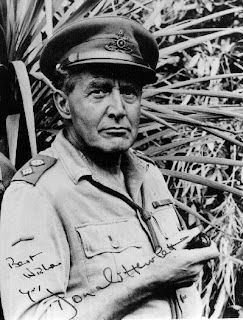 ‘It ain’t half hot mum’ was the television comedy show at the time. Actor Donald Hewlett who played Colonel Charles Reynolds lived in a nearby windmill.  He was driving past our showroom one day when his car suddenly expired in a cloud of smoke. Half an hour later he was signing an order for a new Citroen BX. One day he invited several of us to the BBC Television Centre to join the audience for a recording of the show followed by a get together with the cast in the green room. He wasn't the only star to buy a car around that time. David Jason better known as Del Boy bought one from me (no, I didn't flog him that yellow Reliant van!) as did the dear old BBC correspondent Fife Robertson who lived somewhere deep in the forest.

The third Thursday in November is a big day for many villages in the south of France, for at one minute past midnight that year's Beaujolais Noveau is released. To this day, there is a race to be the first to get it on sale in bars and restaurants the world over. It has been carried by motorcycle, balloon, truck, helicopter, jet, elephant, runners and rickshaws to get it to its final destination! In November 1980 I thought we should join in. I couldn’t persuade my boss to let me do the Beaujolais run itself, so we pretended to do it instead. We invited existing and prospective customers to the showroom in the evening of the release day. I laid on a French style buffet; cheese, bread and the like. We plastered a Citroen DS Estate with mud, then filled its luggage area with straw and bottles of Beaujolais which we got from a local importer who’d had it flown in that morning. At around nine o’clock, we drove onto the forecourt, horn blazing.  The doors slid back and we drove our precious cargo inside.  Nobody actually believed we had taken part in the race, but it was great fun and attracted quite a bit of interest from the local media which was of course the object of the exercise.

Then it happened again! Again I was doing a job I enjoyed, but that episode with food and wine produced within me a niggling feeling that my true calling was back where I started in the grocery business. I’d had a few visits to France over the years; living close to a ferry terminal made the trip easy and affordable, and La Belle France was actually closer to me than London! It was during those trips that I found myself staring longingly into little boulongeries and charcuteries and thinking ‘I could do that’. And so it was in 1980 I said au revoir rather than goodbye to Citroen and purchased a failing Maid Marion convenience store in Green Street, Eastbourne. 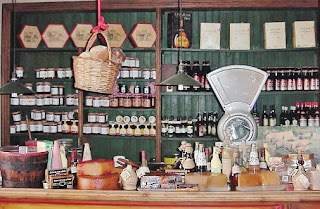 It was a tiny shop; in fact it was only half a shop! At some stage the premises had been divided into two, the other part being occupied by a cobbler called Kevin. It was deep and narrow, so I decided to put a chilled counter the whole length of it. I also purchased a refrigerated window display unit. Unfortunately I hadn't fully thought it through. How was I to get them from the street and through the little angled doorway? So when the day and the units arrived I had to make an urgent call to a local glass merchant whom I employed to remove the entire shop window to allow us access! Once everything was safely installed and the window replaced I set about constructing rustic-looking painted wood shelves and panelling on every available wall. When I finished there was just enough room for me behind the counter and a couple of customers in the shop!

Once stocked up it looked and smelt fantastic. My counter was groaning atop and inside with continental and local cheeses, cold meats and salads. The shelves were piled high with bottles tins and jars of pickles  conserves and delicacies rarely seen this side of the Channel. The window display was luring, and above it a chrome rail  suspended from the ceiling groaned under the weight of whole sides of bacon, gammon joints and continental cured meats. Every day I collected hot bread from a Steven’s Bakery across town and there was always a few folk waiting at my door when I arrived with it. I wanted to sell wine, but I had very little space, so I got a local wine wholesaler, H T White to supply me with just with three; bottles of white, red and rose with my own label on the bottle.

And there it was. A little shop with a short name. I called it simply The Deli.