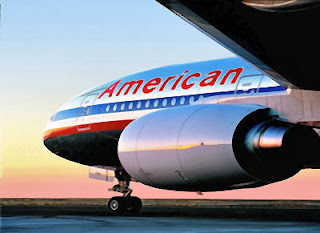 It should have been simple, shouldn’t it? A couple of days ago I needed a taxi at 3.45 in the morning from La Paz city centre to the airport. It was waiting when I came down from my hotel room. OK, so it looked a tad dodgy with a few bits and pieces missing, but it got me there with time to spare. The airport was aging but efficient and a somewhat uninviting Boeing something-or-other took off on time at the start of my journey home. There was no entertainment, no food and nothing to drink but water, but it dropped me off an hour ahead of schedule at Miami International where I had the simple task of changing to a plane headed for London town.

I was a bit hungry and thirsty but hey, there I was in a sparkling modern airport in one of the best known and lavish cities in the world; Miama US of A!  So, there I was looking forward to a coffee and cake before my next flight with almost three hours to spare. Plenty of time – at least that’s what I thought! For some unexplained reason I was made to join a queue at the US Border. Why I don’t know. I had no intention of entering America, I was simply changing aeroplanes. As you know dear reader, air travel is something I do fairly regularly, and transiting usually involves nothing more than a trot to an airside transfer area, documents firmly in my pockets, with nothing other than a few security checks to make sure I’m not hiding a ticking bomb in my Y-fronts. But not in Miami. Believe it or not I stood in a shuffling line for no less than two and and a bit hours. When I got to the desk I had my eyes photographed and all of my fingers printed. I had to fill in a form detailing everything I was importing to the States even though I wasn't going there. The whole unwieldy and unnecessary process took me nearly up the two and a half  hour mark, and in the distance I heard the sound of my plane to London taking off without me.  When I commented to the officer that the delay had cost me my flight home, he simply shrugged his shoulders and said ‘it happens’. He didn’t even afford me a ‘have a nice day’ which I thought was standard practice in America.

My next challenge was to locate my bag. Had it flown ahead of me on the flight I missed? Nobody could tell me and not a single soul seemed willing or able to assist me. I was beginning to believe that the shrugging of shoulders was the only method of communication at Miami Airport. So, no one wanted to help so I wandered into the baggage reclaim and tramped around a bit until I suddenly saw my blue sausage bag sitting alone and forlorn in the middle of an expanse of marble flooring.

My next task was to arrange a new flight home. I asked someone in a uniform where I should go and was answered not with words but a finger which pointed to an area signed ‘rebooking’. I was informed that all the flights to London that day were full. I asked what I was supposed to do and the agent shrugged her shoulders then said she’d see if she could get me on a flight the following day. In the meantime I’d have to put myself up in a hotel at my own expense for the night. My objection to not receiving free board and lodging was met with the excuse that my problem had nothing to do with American Airways; it was the Immigration Departments’ fault. By now I was becoming furious. After all, I had no desire to ‘immigrate’ in the first place. After some considerable time and much tapping of computer keys she found me a discounted hotel and the chance of an extended journey home via New York JFK. I clearly had no choice and so I reluctantly accepted her generous offer.

The hotel was good. I took advantage of everything it had to offer – after all I was entitled to get my money’s worth. I spent a couple of minutes in the gym and had my first ever journey on a running machine. I dipped my toe in the swimming pool and drunk enough free coffee to sink a battleship. I hogged the computers in the business lounge, I  set my room’s TV on full volume and slammed doors as loudly as I could. In the morning I ate so much that I began to feel ill and I declined to offer the driver of the shuttle-bus a tip when he returned me to the airport, a gesture which was met with a shrug of his shoulders.

I was at the airport two hours earlier than required, just in case. And what a good job I was. It took me ages to fathom the departure information board. In every other airport in the world, flights are listed in time based chronological order. Not there. After much scratching of my tired old head I realised that in this flughafen they list just destinations in alphabetical order. So off I went in search of desks marked 'check in'. There weren't any. When I asked an idle assistant to point me in the direction of the check in desks she looked at me as if I was a sandwich short of a picnic, and said that I had to go to the areas marked ‘agent assist’. ‘Of course’ I said ‘How stupid of me not to know’. Anyway, I got past that obstacle unscathed and still with an hour and a half to spare. Plenty of time – or so I thought.

The queue to the security checks snaked this way and that and moved at the pace of a sedated snail. One whole hour after attaching myself to the rear of the zig-zagging line I reached the front where I had to empty my pockets, remove my watch, my shoes and my belt (I did so cautiously remembering the time that my trousers dropped to the floor in Aaman airport a few years back). I then suffered the indignity of a full body scan followed by what I believe is known as a tap down. I was left with just forty minutes until take off and my departure gate was the furthest one away. I hastily hopped away trying to refit my shoes as I went, and reached the gate just as they were warning errant passengers that they would be left behind if they didn't show up immediately.

I made it with seconds to spare.

The plane was old. Actually that’s an understatement – it was very old. For the first time in years I had no entertainment system facing me from the seatback in front. I had no choice but to watch a couple of movies of their choice from drop down screens suspended from the ceiling above the centre aisle. Unfortunately, from my window seat I could only see half of the screen as the other bit was obscured by the overhead luggage bins. To make matters worse my little earphones refused to emit a sound and my request for a replacement set was met with a shrug and ‘tough luck’ kind of look. As a consequence I spent the trip lip- reading the person on the right hand of the screen without a chance of understanding both sides of the silent conversation.

Food time – goody goody! I opted for steak! Unfortunately I broke first my knife, and then my fork whilst trying to cut the solid lump of rump. I tried picking it up in my fingers and chipped a tooth attempting to bite a piece off. I have to admit that the soggy potatoes and limp vegetables were in comparison very tasty. My first little bottle of wine was most agreeable, so I requested a second; after all there are never any limits on the amount of free drinks on planes providing you remain able to stand. But not on this American Airways flight. I had to make do with a half filled plastic cup of orange juice poured from a cardboard packet.

I arrived at JFK well ahead of schedule. How different this experience was; straight to the transfer area, no checks or holdups. I sat at a bar and enjoyed the best burger and beer I’ve ever had in an airport. The staff were a laugh a minute, embarkation was straightforward and the AA plane relatively modern. The in-flight food was mostly edible, alco-beverages free flowing and the seat back entertainment system antiquated but in working order.

But I know that when I get down to sorting out my photos and writing about the wonderful time I had in Peru and Bolivia the disastrous journey home will pale into insignificance. And that I will start to do tomorrow!