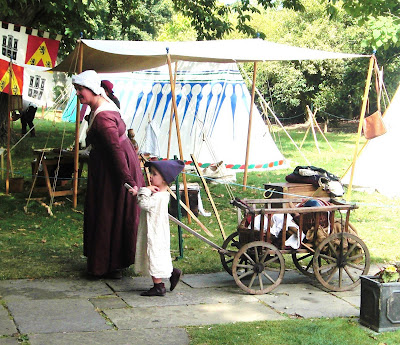 She wore a flowing yellow gown and her long fair hair was dotted with pink and white blooms. She bowed her head. “Hail fellow, well met” she said.

Such was my welcome to England’s largest Medieval Festival.

You would be forgiven for thinking that I spend all my time visiting castles! Certainly several of my local ones have featured in my posts recently, and today’s is no exception, for this amazing event is held annually in a magnificent red brick Tudor castle dating back to 1441 which is just a few miles from my home in the village of Herstmonceux.

Hundreds of medieval enthusiasts come from all over the England and spend three days in authentic encampments in the countryside surrounding the castle. There they live as our ancient ancestors did. Small children play with wooden toys and run around with hoops. Babies slumber in woven baskets whilst their mothers prepare meals in heavy cast iron pots suspended above open fires. Women sit on stools stitching and sewing while most of the men busily go about their trades. Many are involved in the production of armour and weapons, for this was the era of the great medieval battles and the War of the Roses.

The whole experience is one of sights sounds and smells of England in the mid 1400’s.We are treated to displays of falconry, jousting tournaments and archery. We watch on as butchers prepare joints of meat from wild game and cooks tend whole hogs which hang above glowing embers. We taste cakes and sweetmeats and biscuits all washed down with traditionally brewed ale poured from wooden firkins. Musicians wander about playing crude wooden instruments and a small girl runs around blowing into a bull’s horn. Sheets of metal are heated to red hot, then battered and hammered into breast plates and shields. Highly polished helmets and chain mail vests are everywhere to be seen.

On a nearby hillside the army of the House of Lancaster live in their tented barracks, whilst a mile or so away the House of York prepare for battle, for this was the period when there was fierce rivalry for the throne of England. And today we are to witness a re-enactment of such a battle with hundreds of armour clad soldiers wielding bows and arrows, chains and huge swords.
At three pm the leaders of each of the army meet in the middle of the field close to the castle walls. Neither side agree to yield so a battle is declared. An ear splitting explosion from a war cannon signals the start of the hostilities. Forty minutes or so later, the ground is strewn with the bodies of fallen soldiers from the House of York and true to history, the Lancastrians are victorious once again.

As I left I walked between two rows of girls in yellow gowns with flowers in their hair. As I did so each of them bowed, and bid me “God speed, fare thee well”. 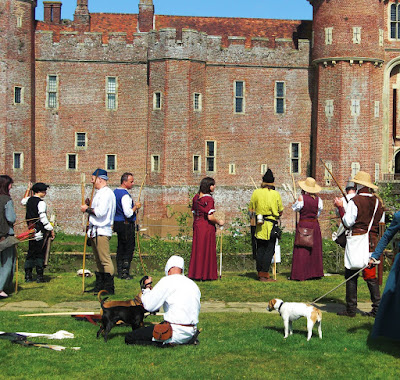 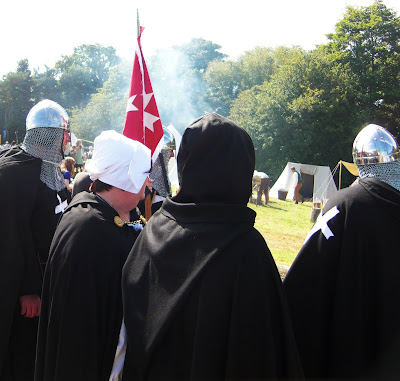 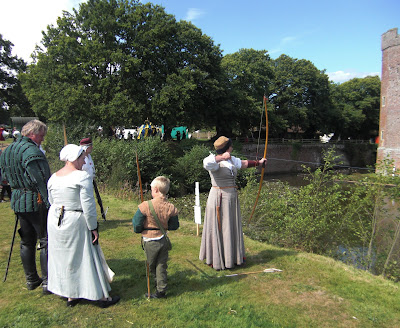 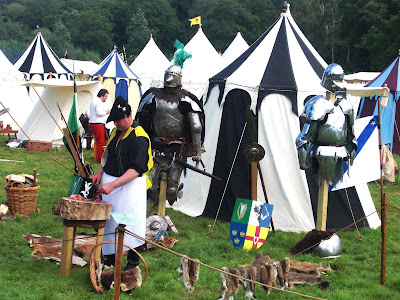 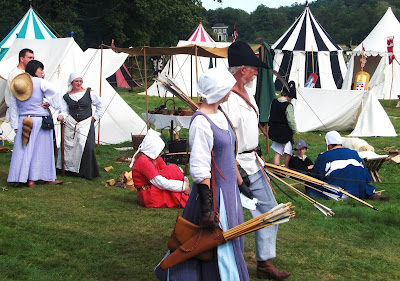 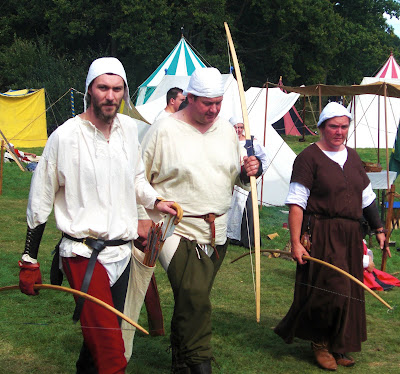 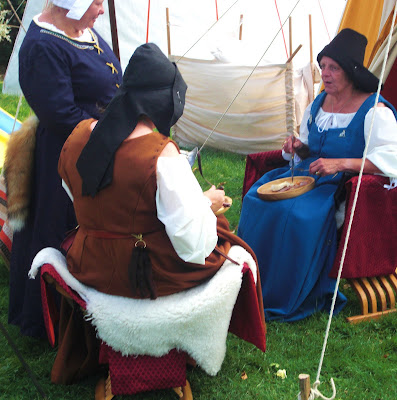 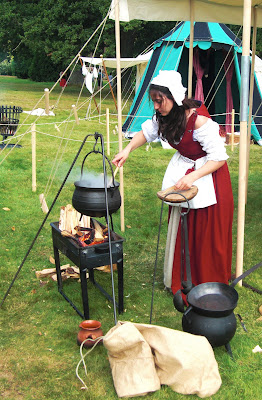 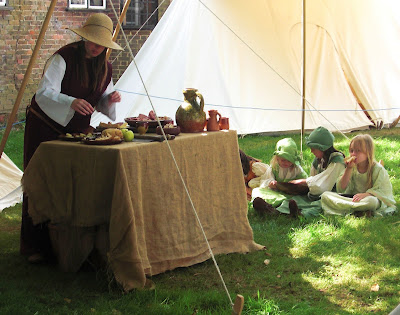 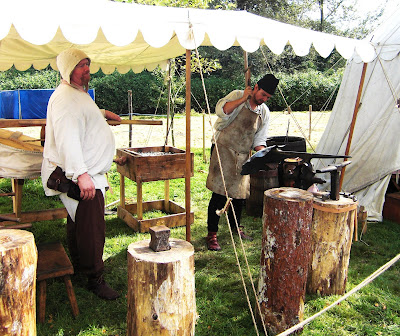 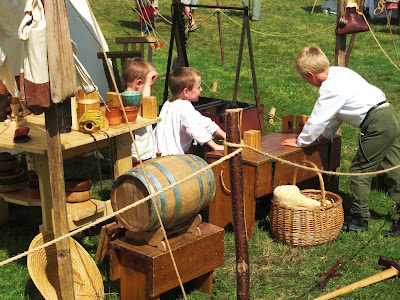 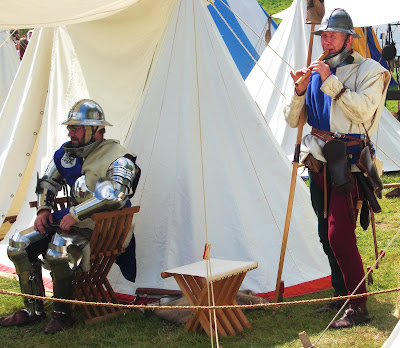 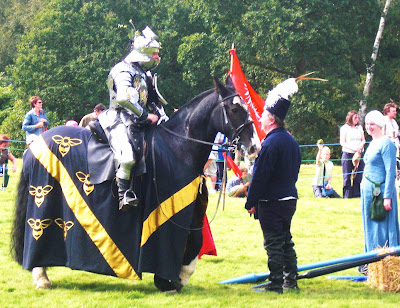 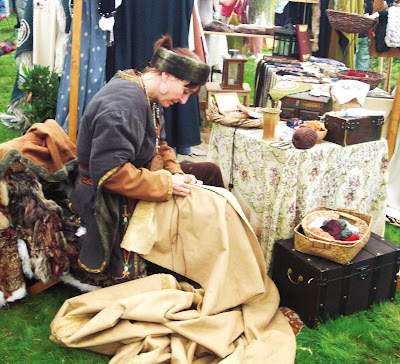 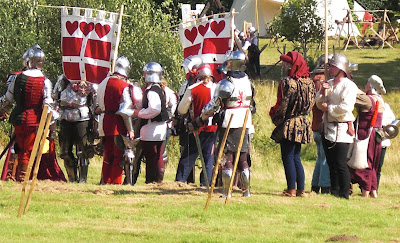 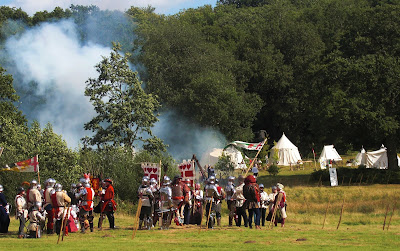 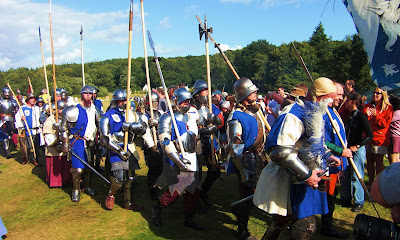 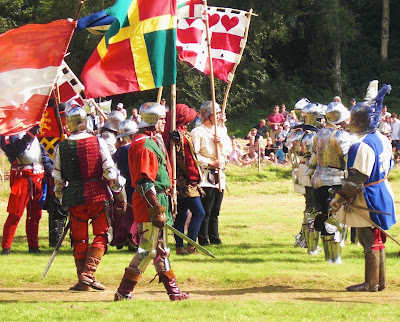 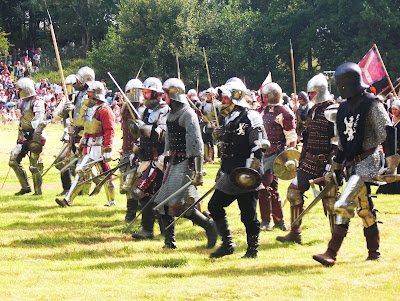 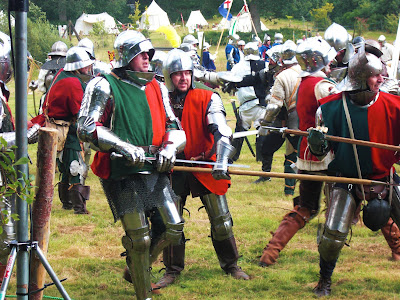 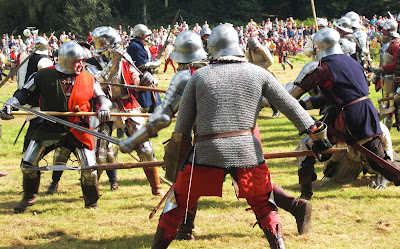 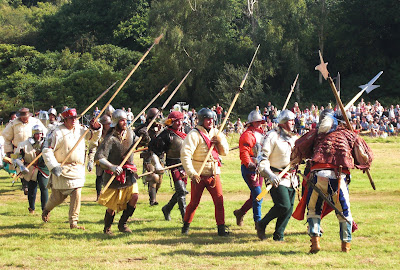 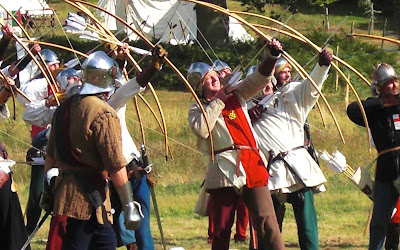 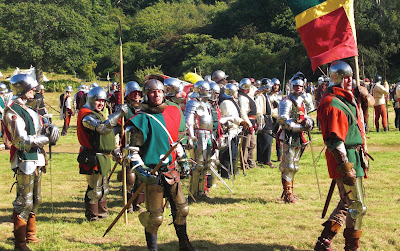