TWO CHILDREN'S BODIES FOUND IN COPSE
Walkers in Badger Copse yesterday discovered the bodies of two children. Although the Police have so far refused to comment, it is thought that they are those of the missing Dupre children, Lily 4 and Jack 6. There were no signs of an assault having taken place. 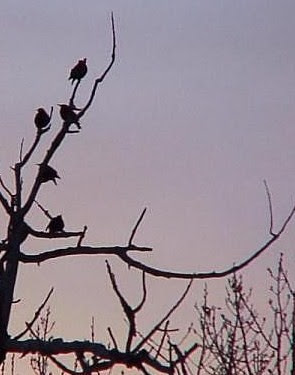 First Jimmy, then Candice and finally their children. Janice died of a broken heart.
Followers of the paranormal have for centuries believed there are spirits visiting us in the form of black birds. Ancient wall writings and drawings on cave walls in Egypt thought to date back to the thirteenth century, suggest that a chosen few are taken from our world to a better place. They are able to visit in the form of black birds, and return to their worldly bodies for short periods. No evidence of this phenomenon had ever presented itself. Until now.
Jimmy Dupre knew his fate. He planned his exit from this world to the smallest detail. He apparently died of a mysterious poisoning. He was able to come back to his own funeral as a stranger and what he saw was unbearable. Something of his old self remained with him, and he was desperate to tell Candice what had happened to him.
He wrote a note – a short note, but enough he felt, to help her come to terms with his disappearance. He just wanted her to know that he was always watching over her. Unfortunately, he revealed a little too much and his guardian spirits went to any lengths they could to ensure it remained unread. To this day, no-one knows what it said.
All he could do was to use his power to take his family away from their world of despair and to a place where they could once again be together.
At last they are together.
Last week the good folk of the village met in the local church to join together in a service of remembrance for the Dupre family. Everybody turned out. There was just one empty pew – the one where they had sat as a family each Sunday. In the middle of his moving address, the priest suddenly stopped, unable to speak, and a look of horror came over his face. Standing at the back of the church he saw four strangers. A man, a woman and two small children. With a shaking hand he pointed toward them, then slumped to the floor. The congregation turned toward the back of the church, and saw – nothing.
As the stunned crowd left, five black birds flew into the sky.
Higher and higher.
Until they were gone.