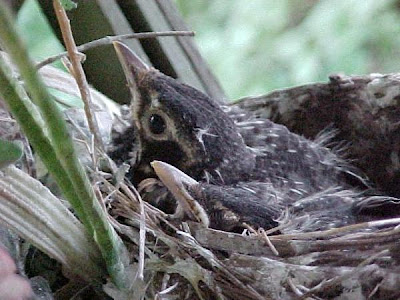 It was April. The death of Jimmy Dupre remained a mystery. Why his wife Candice should have met her maker just weeks after her husband baffled the experts. Their children Lily and Jack were young enough to continue with their lives almost as if nothing had happened. Too soon, however, the ugly reality of their parent’s untimely demise would surely dawn on them.
It was the kind of spring day that lifted the spirits. Puffs of wispy white floated in a sky of softest blue. Primroses gave way to a sea of golden daffodils which nodded in a breath of breeze. A brigade of brazen bluebells stood to attention under a canopy of palest green. Shoots of green grass stretched toward a shimmering yellow sun and across the field and beyond, the first lambs of spring frolicked in the rising warmth of a new season. Creatures of the undergrowth dared to raise their heads and survey the blossoming scene unfolding before them.
Janice however had visibly aged. To lose her son was bad enough, but to lose her precious daughter-in-law just weeks later was devastating. Suddenly she had children again.She was all they had. They were now at the centre of her life. Her very reason for living.
Janice and the children had not been back to the house since Candice died. Lucy and Jack needed to grieve , and this seemed to be the best way to set the process in motion. But far from being subdued, they seemed positively elated. The rushed up to their rooms and played with their trains and dolls as if nothing had ever happened. Janice sat on the couch and allowed the memories to flood back into her mind. She looked at the fallen Christmas tree and thought of Christmases past. On the floor were the shattered glasses from which a few months earlier they drank champagne to celebrate Candice and Jimmy's tenth wedding anniversary. Tears flowed down her cheeks when her eyes fell on a picture frame – it’s broken glass jagged over a photo of their wedding day.
‘Can we play in the garden?’ pleaded Lily. ‘Please’ added Jack with an irresistible grin pasted across his chubby face.
Janice watched them running around as if nothing had happened. Jack kicked a deflated ball around, whilst Lily clambered up the wooden climbing frame her father had built just a few months ago. They laughed and shouted and screamed and giggled. ‘Bet you can’t catch me Daddy’ yelled Lucy as she jumped from the frame and dashed down the lawn. ’Let me go Mummy’ screamed Lucy as she tumbled on to her back in fits of laughter. Janice went cold.
.
The children ran behind the shed just as their grandmother was climbing down the steps from the door, out into the warmth of the mid-day sun. ‘Granny, granny – look here, quickly!’ yelled Lily. ‘Come and see’ called Jack. ’Look at this Granny’
She walked to where the voices had come from and she felt herself drawn toward a budding rose bush. A tattered piece of paper was trapped in its thorns and just below it was a bird’s nest. She peered into the woven bowl of twigs and for the first time in weeks she broke in to a smile. There, peering up at her, where two tiny baby birds, their fragile little beaks open wide waiting for the next morsel to come their way. It was then she noticed the smudged words on the washed out discarded letter, ‘Dear Candice, I...’ She grabbed the note and it fell apart in her hand as she rushed to unscrew it.
.
Suddenly the joyful sounds of playing children had ceased.
She turned and looked for Lily and Jack. All she saw was two black birds sitting on the fence standing guard over ther precious chicks.
.
Lily and Jack were nowhere to be seen.
THE END