My neglected O words are:-

Oratory n. A small chapel within a church for private prayer
Opsimath n. One who learns late in life
Orison n. a short prayer
Oblation n. an offering, a sacrifice, anything offered in worship 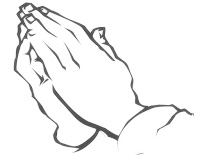 A bedraggled figure stood in the oratory.  He crossed himself; a simple act which he hoped would be his first step on a journey to forgiveness. His weary face bore a blank expression, his heart harboured an ocean of regret, his soul a sea of shame. He dropped to his knees and mumbled an orison.

Why did he do it, what had he hoped to gain? How could he live to an old age harbouring such a secret? An opsimath with a burden of guilt he could no longer conceal deep inside. Would the God he'd so long denied now offer him a chance to redeem himself?

A few hours later he was found on the altar steps, life drained from him; his heart and soul an oblation. A shaft of sunlight pierced the gloom and rebounded from the shining cross which hung above his lifeless body. For a moment, a brief moment, its reflection bathed him in a pool of gold. Amen.