Half way through the A-Z Challenge!

A silvery sparkling sea rolled into the golden sandy cove where beneath the boughs of a swaying palm sat a bejeweled  mermaid, Queen of all she surveyed. In her arms she held her merbabe, Le Princesse de la Mer. 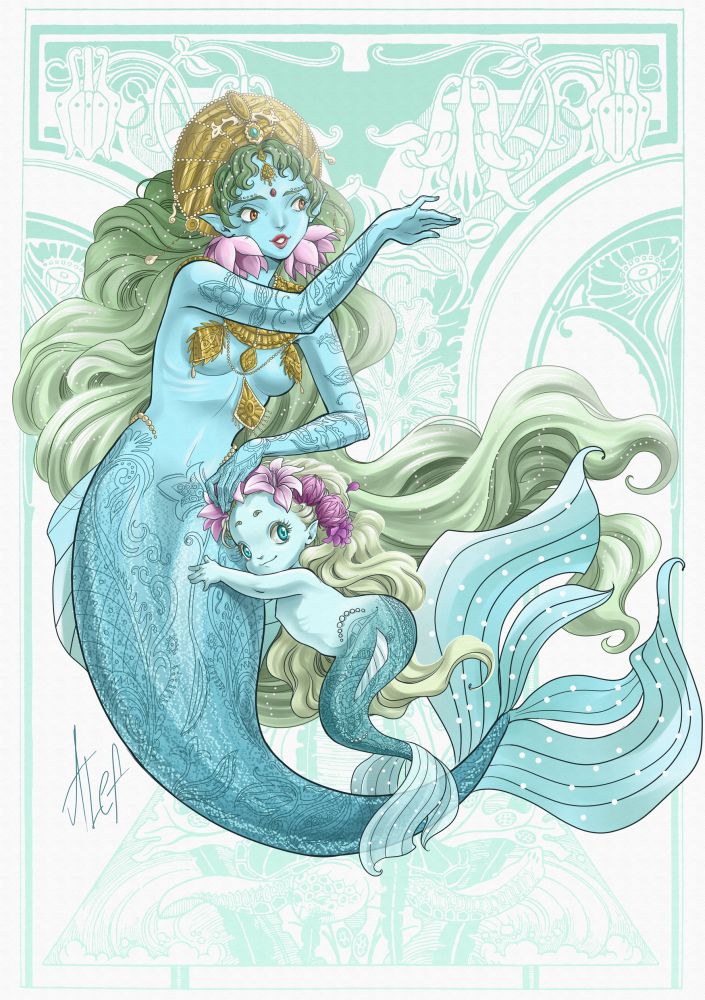 ‘It's time for you to go my child’ said the Queen. ‘For I am tired and you must  take my place’

‘Where must I go?’  asked the child

‘Over the horizon’ said her Mother.

‘How will I know when I am there?’ the child asked.

And with that the Queen was gone. The child looked around but saw no one. She was alone.

She swam through rainbows of fish and  forests of coral. But the elusive horizon came no closer.

‘How far is the horizon?’ she asked a dolphin. ‘As far as you can see and more’ he said.

Which way is the horizon?’ she asked a starfish. ‘That way child’ he said pointing in five directions.

‘How long will it take?’ she asked an oyster. ‘How long is a string of pearls?’ it replied.

‘I’m tired, may I ride on your back?’ she asked a sea horse. ‘No young one’ he said. ‘I can play no part in your journey’

She was exhausted and clinging to a passing piece of driftwood fell into a deep deep sleep.

A while later she awoke, rubbed her eyes and saw before her a glistening rock on which sat a bejeweled golden throne.

Mermaids appeared from every direction, then circled around her frolicking and laughing with joy. Forming  a nest of arms they gently lifted the child high above the rolling azure waves.

‘Take your place upon the throne Princesse de la Mer’ said a voice from above.


Enjoy our Sunday off! On Monday I'll have a humorous tale for you about My Friend Rosey who has featured in more than 100 stories on my blog over the past seven years. It's simply called Questions

Email ThisBlogThis!Share to TwitterShare to FacebookShare to Pinterest
Labels: A to Z April 2015 Challenge